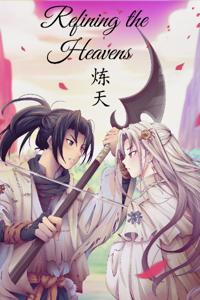 [A.K.A. Kairos Astroire & the Snowdrifts]

Kairos, a poor village boy, was born in a warring state without a decent shred of cultivating talent. In a world of Ki and Magic where only the mighty will rise while the weak are trodden upon, the Empire judges one’s potential in the academy. Fated to be expelled and starve on the streets, his struggles only turned him into the perfect stepping stone for his affluent aristocrat classmates. When an ancient enemy of humanity awoken during an assessment, life took a turn for the worst... Until he unlocked the power to refine any cultivation manuals and seized fate in his own hands.

When I saw this on the list of writathon stories and then saw that it had not ever had a review despite being around for so long I felt the need to give this story the review it needs and should have gotten years ago.

Style: The style of the story will throw many people off reading it for multiple chapters. The author has chosen to separate every line and sentence including the dialogue which can make it harder to read in some instances. This also prevents any paragraphs which might be needed. I understand it is probably a preference thing but it can be annoying at times.

Grammar: Because this story seems to be from a non-native English speaker I won't rate this part lower but the sentence structure is not great. There are not really any spelling mistakes but the way sentences are written can become annoying and hard to read to the point that it is hard at times to follow what is happening. This is not helped by the separated sentences that should be making up a paragraph.

If you can get past how this story is written here is what the story is about.

Story: This story focuses on the life of Kairos, a young boy who is brought into the military of his country along with his friends. And as the story progresses he works on cultivating his Origin manual while making his way through the ranks of the military. So far I found the story was fine to get through but it didn't stand out much.

Character: I can't say much about the characters at this point in the story. I like how Kairos has built up a group of friends to rely on.