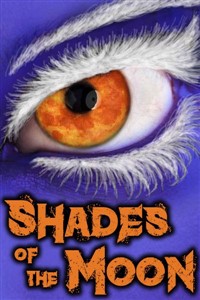 Shades of the Moon

Remove Ads
Previous Chapter
Next Chapter
A note from Trikki

There is no way around it, so I'll just say it: this is the end of the Shades of the Moon.

It's not the end of the story, however! As you may already know, I'm doing a rewrite for the entire story. It will take a while, but eventually I'll reach this point in the plot during the rewrite and Randel's journey will continue—albeit, at that point the new story will have some huge differences compared to this one.

In fact, the rewrite will differ so much that instead of editing Shades of the Moon, I'm going to start a separate story called Synergy. To explain why I'm doing what I'm doing right now, I've written a short FAQ for you.

Why are you doing a complete rewrite?

There are several reasons behind the rewrite, but they all boil down to one thing: I know I can do better.

What did you change in Synergy?

I'm almost done rewriting the first arc (first book) already, so here's what I can say that certainly changes in Synergy:

What else do you plan to change in Synergy?

As I continue on with my rewrite, there are other things that I'm planning to improve. I've already listed the bigger ones above (under the first question), but there are lots of smaller things as well:

What is going to stay the same?

I've listed lots of changes, so you may rightly ask: is there any stuff at all that remains from the original? The answer is yes, of course. If you put Synergy and Shades of the Moon side by side, they would look quite similar in spite of all the changes.

When and where will Synergy be published?

I plan to publish Synergy in large batches whenever I finish an entire book. The chapters will be available on RoyalRoad for free, but I'll also sell the books on Amazon for anyone who'd like to support the project and have a nice e-copy of it. The first book of Synergy, titled First Contact, should be out in 2020.

Last but not least, thank you so much for tagging along this journey! Writing Shades of the Moon was one of the most awesome things in my life, and I'm glad that I could share this experience with you all.

Support "Shades of the Moon"

Bio: Writing is just one of my hobbies. This isn't even my final form!