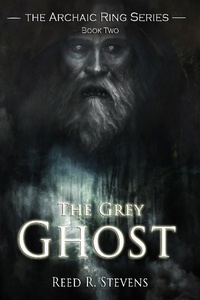 In a secluded district on the eastern end of the city of Wilton, a large estate occupied a significant portion of the area. This property belonged to one of the most prominent clans of the Falling Rain Sect’s upper echelons, the Hatten clan. A series of extravagant buildings sat within the protective embrace of a fortified wall, the edifices arranged in a loose network of compounds and villas. The grounds were well endowed with flourishing gardens, glistening fountains, and winding walkways, all illuminated by arrayment-made lampposts that shined brightly under the power of the spirit stones that charged them.

A large feast was currently taking place within the main dining hall of the estate, which was located in the largest villa on the property. Dozens of long tables had been laden with all sorts of foods and beverages, with whole animals sitting atop golden platters where their perfectly roasted and smoked flesh lay open for all hungry hands in the vicinity. Most of the two hundred or so guests were on their feet, mingling with others as they foraged for food at this table and that. Contrary to the streamers and ribbons that had been erected throughout the room, the general mood was sombre at best.

How could it not be? thought Dracia Hatten, wife to the current patriarch of the Hatten clan. The rising star of their family—the young man that had carried the hopes and dreams of all of those that shared his blood—had died during this year’s tower climb, likely killed by outside forces that had also been participating in the climb. It had been widely accepted throughout the sect that Drasin was destined to eventually inherit the position of sect master from Tems, which would raise the Hatten clan’s status one final peg up the local hierarchy, solidifying their rule as the number one power on the island.

I’ve failed you, sister. Dracia had lost a significant amount of weight since the incident within the tower, and appeared more wispish in her roomier robes than she could ever remember. Having not had an appetite for days, her already pale skin had taken on a sickly pallor, and her normally long and straightened hair was frayed and unkempt.

Sitting at the head of the largest, elevated table, Dracia fought off the urge to pinch her tear ducts in frustration. Drasin…just what sort of crisis did you provoke inside the tower? She knew her nephew better than anyone else, and was sure that his untimely death was of his own instigation. That boy had probably tried to bully somebody that he shouldn’t have, thinking that he was safe so long as he was in the heart of the sect’s territory. I should have brought him out into the world a few times at the very least… The world was a dangerous place, and growing up in a sheltered environment had proved to be a death sentence for the hotheaded young man.

“Your wine won’t drink itself, no matter how long you stare at it.” The woman to her left had reached over and placed a calloused hand on Dracia’s arm. “At ease, cousin. The future of our clan isn’t as bleak as you might think. Look now”—she nodded at a modest, plump-faced girl that was currently demonstrating to her peers that she could create over twenty swords of energy with the sect’s staple attack arrayment—“Katrin just advanced to the seventh level of Integration. She’s only fifteen, so we can expect her to reach Genesis within the next decade or so.”

“Maybe faster than that,” mused Dracia, who placed her untouched wine down on the table. Katrin had made her last breakthrough less than half a year ago. Knowing the girl’s talent, she would probably reach Genesis before her mid-twenties, which meant that her potential had risen above her deceased cousin’s. She would never become the sect leader, however, since Tems would only ever replace himself with somebody that didn’t mind his lustful ways, and Katrin was known as a prude if there ever was one in this world.

Dracia glanced at the empty seat on her right side, the seat where the patriarch ought to have been sitting. Standing up and excusing herself from the table, she projected her voice into her cousin’s mind. “Accompany me to my study.”

Kaya followed without question, as did another of their cousins, a broad-shouldered, strong-featured man that looked to be in his mid-fifties, about twenty years younger than his actual age. At the other end of the room, Dracia’s husband shot her the same dismissive glance that had come to define their ever-distanced relationship, and then quickly returned his attention to the young woman that he was cozying up to. The selfish fool had never cared for Drasin and thus wouldn’t lift a finger to punish those that had killed him, so if anyone was to avenge her sister’s son, the task would have to fall onto her shoulders.

A short while later, Dracia stood within one of the many rooms of her family’s estate, one of numerous studies where she kept large collections of books along with countless scrolls and maps. A large map had been unfurled and was currently floating in the middle of the room, facing her and the two people at her sides, Jaren and Kaya.

“And why do you think that?” said Jaren, in response to Dracia’s claim that the people that had killed her nephew would flee to the seaside town of Elmer once they finally emerged from the Desolate Spirit Tower.

“Because it’s the only part of the island they’ve been to. They only know the way between the tower and that town, so where else could they think of fleeing?”

“And you want to mobilize the entire clan’s forces to head them off and exact revenge?” Jaren’s voice was devoid of enthusiasm, his short, grey hair appearing dull in the dimly lit room. “Didn’t you hear that May Asten’s betrayed the sect and might be with them? If even Elder Jameson was killed, then what could we hope to accomplish by chasing after them? He was the fifth elder, a great elder!”

“And if May’s with them,” added Kaya, whose serious, earthen gaze reflected the dim lights around it, “then they might not necessarily head to Elmer.”

Dracia pursed her thin lips as she stared at the lacklustre lamps that were doing a poor job of keeping the room lit up, a sign that the spirit stones that powered them were running out of energy.

“Drasin might have been hard to get along with, but he was still my nephew. I promised his parents that I’d look after him just before they died. It’s only been a decade and yet I’ve already failed to uphold my oath.”

“That might be,” said Kaya, whose sharp gaze revealed little beneath her long, barky hair, “but Elder Jameson was one of the strongest in the sect. The fact that May killed him means that at the very least she’s as strong as the second elder, perhaps even that old ghost Tegan.”

Everybody had viewed May as the weakest great elder, since she had earned her spot by brokering a distasteful deal with their shameful sect master in exchange for a drastic and unearned promotion. The fact that she had killed Jameson meant that she had been a considerable degree stronger than him, since killing and defeating were two entirely different things. If Jameson had felt himself in danger and wanted to flee, May shouldn’t have been able to stop him.

“Still, I can’t just do nothing. We all know that that waste of a sect master won’t leave Wilton if it doesn’t involve cultivating with the disciples of Peach Blossom Peak, so we can’t expect him to act. And my husband…is equally useless.”

The heartache she’d felt ten years ago had been revived in full now that it had been confirmed that Drasin had indeed lost his life. Just as when the spirit of the lake had rampaged along the lake’s northern shoreline and had killed her sister, Dracia felt ashamed that she hadn’t been able to protect her loved one.

Since he’s already gone, I can only avenge him.

“Besides,” she went on, “you two act like our Hatten clan is just some group of pushovers. Including us three, there are five members of the clan that are at the Genesis stage. Elder Jameson was powerful, but we could have taken him down if we ever desired it, as we will do with May if she gets in our way.”

Her cousins exchanged exasperated looks, as neither of them had ever cared for Drasin, and both were eager to get back to the feast within the villa’s main dining hall.

“Yes,” agreed Kaya, whose voice was unenthused. “At the very least, for his mother’s sake. I just hope they come out soon.”

Almost as if in answer to her cousin’s words, an urgent message rang throughout Dracia’s mind that quickly saw her jaw dropping in shock. Tems had just sent her a sound transmission, and the contents told her that every other member of the sect had received the same message.