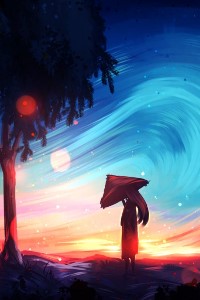 Story of a Hero

“Let us go through this once again. Marie will distract the front guards. You have about 5 minutes to get in and out. You have already surveyed the building and have a rough map with you. This is just an archive storage facility, so the security is not tight.  Ron will be waiting across the street and I will be waiting in the street adjacent to the building.  So plan your exit accordingly. Any doubts? “

The four young people looked at the woman in front of them. The woman seem to be in her fourties.  Her face always looked serious making it difficult to approach her. She has been with them for the past six months and her result is going to decide their fate.

“No, mam” cried the four in unison.

Ron looked at them and sighed, “If you guys do this correctly, we can be home in the next carrier. Take rest, pack your equipment and meet us here at nine thirty tonight”.

The four left to ready their equipment and decide their strategy.

Ron saw them leave and turned towards the woman, “Jenny, I have been assigned to the northern border to gather Intel. I will be leaving directly from here. You have to take these kids home. ”

The four of them left the hotel and met at the restaurant before the archives building as planned. They nodded at each other and started moving to their respective positions.

They saw Ron standing with a carriage across the street in an alley, talking to a shop keeper. He looked at them and nodded. This is the signal saying  Jenny is in her position too.

The four of them moved to the front of the building. Marie was wearing a low-cut blouse and a jean. She had a costly looking sweater hangin in her arm and a purse in another. She took a deep breath and started walking inside the building.

The guards saw a beautiful girl approaching them and were startled for a second. Soon they regained their composure and walked towards her, “Mam, you are not allowed inside here. Can we help you?”

“The front one is the married one with the kids and the other one is the bachelor”. Marie put an innocent look on her face and looked at the guards.. “Sir, you are also police right? There is a guy following me for quite some time and am scared for my life. Can you please scare him away?”

The guys were standing outside and were watching everything happening. “Bolt, your turn”.  Bolt immediately went to the front of the building and started pacing to and fro, looking inside the building from time to time almost as if waiting for someone.

The guards  saw this and the married guard started walking towards Bolt.  He approached him and politely requested him to leave. “You are asking me to leave? Why should I leave? I am a law abiding citizen and I don’t have right to stand here? Who are you, Sir, to ask me to leave?” Bolt started attracting the crowd distracting the guard meanwhile the other two slipped inside the building.

They sneaked inside the building and saw Marie flirting with the guard without any care about the fiasco going outside. They moved to the first floor where the documents were kept. They quickly shuffled through all the documents and found the right one.

“Hey, whose there?“  The two of them were startled by this sudden voice. They didn’t expect another guard to be present on the first floor. They started panicking.  “Jin, what should we do now? Should we engage? “

“I will engage him. The guard downstairs might hear us fighting. You go downstairs and help Marie. You and me can join Madam Jenny and ask Marie to join with Sir Rob. While moving out, ask her to signal Bolt to end the charade and meet us at location three. And remember Sai, only marital arts.”

Sai rushed out and Jin engaged the guard. The guard rushed towards him and swung the baton horizontally towards Jin’s head. Jin slightly moved backwards to let the baton pass through and immediately caught the guard’s wrist with this right hand and pulled him forward. Having lost the momentum, the guard stumbled forward. Jin just hit the back of the guard’s head and he immediately fainted falling into the racks of documents. “Shit…. That would have alerted them.”

He quickly picked up the document and was deciding whether or not to go downstairs to help when he saw Sai coming up. Sai looked at him and nodded.

All four reached the hotel safely. They immediately started working on their reports. They got a good night’s rest and to their surprise weren’t called for the usual morning meeting. All of them woke up around noon and found a message asking them to pack and wait for a carriage to pick them up. The carriage picked them up and dropped them at a building at the eastern end of the city walls.

“Great Job all four of you! I will be passing all your results to the head. You all have passed. Congratulations. I will be assigning your duties after we have reached our country.”

They didn’t expect Jenny to pass them despite their intel mishap about the extra guard present. Tears welled up in Marie’s eyes. They were all happy and were smiling from ear to ear.

“Greetings madam, Sir has already arrived and is expecting you. He is waiting for you on the third floor”. Jenny looked at the huge restaurant before her. “When did they renovate this restaurant? That too in six months?” Muttering to herself she climbed the stairs and reached the third floor.

The third floor was totally empty, only with a single table with two chairs and a man eating. The man looked to be in his fifties, white hair, a long face and a stubble suiting the face. He is the assistant to the Director of Intelligence agency. Seeing Jenny, the man stopped eating, stood up and smiled “Jenny, How have you been? Director couldn’t come personally, so he sent me! Hope you don’t mind.”

After exchanging pleasantries, Jenny took out her report, “Ronald, here is the results for the new trainees.  All of them have passed. And regarding the other matter, it is serious than we thought. The Kingdom of Riley has set up a branch at Penia. They have somehow got our research papers on the long distance communication theory and are trying to replicate it. From what I could gather, it might take another three to five months before they come up with a prototype. So if we are planning to act I suggest we take steps immediately.”

Ronald looked at the report and cross checked it with the information they have previously collected. “Jenny, there is this plant called Manra. They have a special pair of leaves called twin leaves. They both look exactly alike and have a special characteristics. Whatever you do on one leaf is reflected on the other. This is the technology we at the agency currently use for transmitting written communication. It has a very long range and is serving our purpose. We have recently learnt that this information has been discovered by the Kingdoms of Bali and Zhao and they too have been using it pass secret information.”

Jenny pondered over this information for some time and suddenly realised something. “So we are going to commercialize this product before those two and we need to stop Riley from discovering this technology, right?”

“Yes. I think we will be taking action soon. Thank you for the report. There is more to this. But am not at liberty to divulge the information. The director will meet you at the capital about this.”

“Oh. I have some information about your son, the director asked me to pass it to you.”

For the first time Jenny looked interested. She leaned a bit forward and asked “Which one?”

A note from senpai

I know the chapter lacks coherency. Will improve on it.