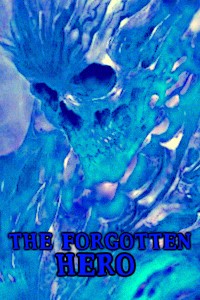 Long ago, in the world of Thyne, the Alliance of the Free Races, a name they had given themselves, summoned a hundred humans from another dimension.

Praised as heroes by the people, they rejoiced that they had been able to acquire pure, mana deficient humans that wanted to aid them in their time of need, ignoring the black, archaic slave collars around their necks or the depressed, almost hate-filled expressions that they received when interacting with them.

After Ten years of bloody war, the dark races were pushed back deep into their territories. Both sides were near breaking point and desperate to end the war once and for all.

In a bargain, the twelve surviving heroes launched a high-risk mission, utilising advanced tactics from their home world to kill the Demon Lord. In exchange, they would be sent home, along with the magically preserved corpses of their comrades, though in truth, they knew that even if they returned, they would never be the same.

Legends say that, upon ambushing the Demon Lord in his castle, they finally understood the plight of the world, and in the last act of heroism, sacrificed their lives, sealing him in an eternal prison so his essence would not be able to create another.

With the loss of the Demon Lord, and no chance for another to be born, the dark races quickly surrendered and the free races celebrated, honouring the noble sacrifice of the heroes before quickly forgetting about them as they returned to their everyday lives.

However, legends are rarely truthful, embellished by the victors in order to earn praise as well as hide the less desirable aspects of their deeds.

Trapped in the Demon Lord's throne room inside the Demonic Palace, which even taking a single step on its desecrated grounds is punished by death, two figures remain motionless. They had long run out of insults and threats to trade and now they waited. For what, not even the Gods knew.

MC with a 'little' thirst for revenge.

I've currently read up to chapter 4.5 plus the first interlude with Styx (well, that's all what's currently out anyway) and I must say that I loved every second of it up to this point. The story is well written, interesting and also rather unique in comparison to many other works on this site, at least in my humble opinion. Another plus is that there are almost no grammatical errors.

Style & Grammar: There might be a small mistake here and there, but overall the story is very readable, so I don't have any complaints in that area. Although there were some problems with repeating sentences and paragraphs in one of the chapters, but the author explained that it was due to his grammar plugin, so the stuff is probably going to be fixed soon or is already as I'm writing this review.

Story: Although we are still in the first act currently and I can't say too much about it yet, the foundation for future story progression is at least already laid out and visible. Going from that, I expect a great story and hopefully I'm not wrong about that. Thus giving 4.5/5 stars here for now in anticipation of what's to come.

Characters: I personally love my MC with a 'little' thirst for revenge and a touch of... well, crazyness. The main character of this one is at least partly mental as he's rambling about every small thing on his journey at the beginning. But who can blame him for a little strange behaviour after all the things he had gone through. I personally like his character up to this point and would call him crazy in a 'good' way. There's still room for change in the MC and if 'crazy' is done in a good way, it's certainly very entertaining to read. So I'm hoping that I won't be disappointed here, no pressure though, hehe.

Besides the MC, we currently have pretty much only two other characters that have already been somewhat established, which are the main antagonist (presumably) and a female companion (Main love interest in the future? Who knows, I certainly don't yet.). But since we're still in the beginning of the story, we'll see how those two will change over the course of the read. Looking forward to what you have in store for them, author-kun-san-senpai.

As far as I can tell from the chapters that are already out, that's going to be an awesome journey. And if you have already read the description of the story and like it, then you're probably going to enjoy this as much as me as well. And if your interest isn't piqued yet, you might still want to check out the first few chapters and try it. There is a rather neat little twist to the stuff said in the description there (but that's enough, won't spoil anymore).

At the beginning I didn't think this much about the title of this fiction "The Forgotten Hero", but after I read a few chapters I enjoyed to find out that the 'hero' wasn't just forgotten thanks to the many years that have gone by, but was...

...literally forgotten by everyone due to his own magic. Has quite surprised me actually, nice little twist there :)

Oh, and another tip (or I might have to call it a personal preference of mine): I personally don't like fiction describtions that are as long as yours and I mostly only skip through them to get all the important information without really reading them. I prefer them short and crisp. But that's just what it is, it's my own preference. You don't have to change anything about it and I don't even know how other people here think about that, so do what you want. Anyway, thanks for writing this fiction :)

Once I got past the over-use of commas and odd phrasing here and there, I found myself enjoying the story.

The plot is simple - the summoned "hero" seeks revenge on the society that stapled him to the floor of a castle for 350 years.  It's a little dark, but  not bad.

story itself is pretty good i guess, though your skills in grammar leave a lot to be desired. my main issue is how edgy all of your stories are, theyre no fun to read at all. oh no i was betrayed and treated badly, woe is me i kill people too easily, forgive me for never interacting with any other character properly im abused, its fucking annoying. you create interesting settings and characters and then ruin everything by pulling this edgy wrist-slitting bullshit. i dont know what people love so much about grimdark but let me tell you man, its doing you absolutely no favours