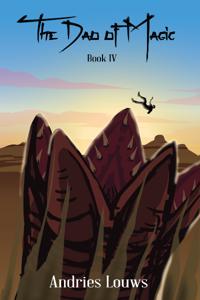 The Dao of Magic

Here I am, sitting on a mountain so far away from civilisation it might as well be the godforsaken arse of the world, about to ascend. Can't wait to leave this crapfest of a planet... Turns out that the higher ups decided that an unaffiliated rogue like me is too big of a risk to let run around free.

Seems like this entire cultivation world is a late stage capitalist money making machine for the powers that be in the higher realms, and me stealing the good loot in front of their descendants and sect disciples noses finally pissed them off enough to take action.

First, they sent all the sect masters and hidden dao protectors to off me - which failed, obviously. Heh, afterwards they simply bitch slapped me out of their universe though.

That is interesting and all, but I just woke up in a valley watching some critters murder each other while trying not to freak out about how bad it smells here.

Soo… where the fuck am I? Why is that deer fighting a feathery squirrel? Why am I teaching this baby rabbit saved from a cannibalistic mother how to kick beings in the face with the power of qi?

Releases a couple of times a week!

Go read my other story; Skeleton in Space.

I took the WriTE pledge, which means I will finish it. Or at the very least not drop it or put it on hiatus. Check here for more info.

~half of a full score for half of a decent story~

Overall/story:
Its a pretty decent story until somewhere midway when its start trying too hard to be funny, but instaid becomes childish and chaotic.
The story starts making less sense and becomes more of a comedy sketch with no plot, and the humor isn't even that great and just starts to be an annoying mess.
Somewhere midway he proclaims the need to start seriously teaching his disciples but instaid it turns childish instaid and his 'teaching' becomes a library-jade with all the answers of life the disciples need.

Characters:
The MC was great in the beginning, with a semi serious mindset trying to find something to do in his new life, takes on disciples and starts teaching them about his power and energy use.
The disciples, a well varied bunch of youngsters with a mutlitude of personalities and backgrounds, some of which get a little bit of story time explaining their background but is mostly glossed over.
The love interest, she was interesting at the start but then turned into a clone of the MC with a slightly different personality.

Grammar:
Like most stories, theres a few mistakes no big deal you can auto-read over it mostly.

Ha... It was a good story key word is was. Sidecharacters were well developed and the mystery behind the world kept me thinking.

Then the sect chapters started Teach sets up a system, dumps all teaching and order keeping  responsibility to his students and fucks off to do other shit. Any attempts to enforce order backfire (since chaos is encouraged?) and its a mess overall. Basicly the iner faction stuff is nonsense and the chapters lately fell rushed and unclear (dont even have a clue what is going on somtimes now.)

It has it's moments

Amazing during the serious parts of the story, but turns into a shit unfocused gag comedy. This novel had so much potential at first that I still mourne it every once in a while.

Dropped it at around chapter 100.

Read till chp 119 until dropped. With constant pov changes, to a MC who's character is all over the place, creates a mediocre story telling. What happened to a 1000yr old cultivator? Is he going through puberty or just a delusional brat. There's no rising action, only a wana OP god MC at best. The rest can be sum up to him running a daycare with a godly rabbit. Pretty stupid how the romance happens, but the general plot of the story is great. Besides that, this fiction is 2 steps up from the general chinese novels.

Good Start, falls on it's face soon after

For the beginning i'd give four stars, later on it's just around 2 stars. I've read until 178 and the author saying he planned on focusing on secondary characters was the straw that broke the cammel's back. (i saw that there are a couple focusing on MC after that but after those there's a bunch of chapters focusing on Tess, no thank you)
TL;DR: Read for Lola and Dragon seduction, stop reading when they reach the sea, after that read at your own risk.

The story is about a cultivator arriving in a world with a more western style of magic, the MC's cultivation is interesting with how he tries to be scientific (even if there's nothing scientific about spiritual energy).
Ironically, while the MC does things differently from normal cultivators, the author falls in the same pitfalls as normal, chinese cultivation stories:
1.Action devolves into MC is super strong and curb stomps enemies or MC is too weak and runs away with his tail between his legs.
2.The stronger MC becomes the less interesting the story gets.
3.The author wastes too much time describing irrelevant stuff (except in this novel it's dungeon floors instead of heavenly dragon lotus sword attack)
4.Instead of building tension and ending up with catarsis, author just keeps building up anxiety (you might have seen this before "bad things are going to happen soon, too bad everything would be easy if MC just had a few years to prepare")

Let's see what other nitpicks i have: cultivation is too easy; teaching starts really interesting but gets boring really fast; MC's ultra-hands-free approach to things makes those things seem irrelevant; IF YOU BUILD UP YOUR MC AS A GENIUS DON'T GIVE HIM "why didn't i think of that" MOMENTS, HE SHOULD HAVE F*CKING THOUGHT OF THAT.

Overall this novel's start would fit better with a more "secret vigilante" approach to things and making overwhelming power harder to get not just for MC but everyone in the world.

There's a point where the plot borders on evil god and end of the world for f*cks sake; the dragons should know more about the world's situation, even if they sleep all the time, they have been shown to get bored and curious about things. Even if they have been thaught not to question things when young, a thousand years is more than enough to not give a f*ck about that.

A unique take on cultivating that is interesting and fun to read.

Originally found this story while looking for others. The title drew me in, but the unique approach to cultivating versus traditional cultivator stories. It takes modern day ideas and concepts, such as computing, and applies it to culvitating producing an original story not found elsewhere.

The characters are not dull, and all seem to have their own unique characters.

No clue where the story is going, but that just makes reading it more fun.

Thousand year old cultivater is about to breakthrough to the immortal plane instead some one bitch slaps him to a world man and he has to start all over as of chapter 9 he just found a dungeon  we don't know much yet.    But it has one thing no other cultivation story has.             BUNNIE CULTIVATIER. That's right a pet bunny that could knock a mortal head clean off(?please do this author?) .   Too soon to know how the story will go but I like what I see so far. Also bunny.....

Interesting concept, but the magic system is oversimplified, and the MC can't decide what his personality is. The tone of the story starts out semi-serious, but quickly devolves into a terrible attempt at comedy.

Don't read this, if you are a fan of concluding things. The author is an apparent amateur and has bitten off more than he could chew, the plot line has lost any definitiveness, it's all just chapter to chapter slice of life with practically no main plot development, some inconsistancies too. Read the first book, if you want to get a feel for this cultivation genre, then drop it and read something with more dedication and immersion.