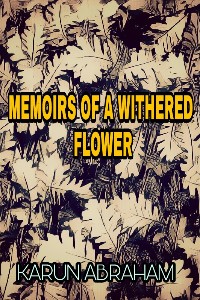 Memoirs Of A Withered Flower

Board Meetings Are So Boring

The next chapter is here folks hope you like it.

I looked at my watch for the tenth time in the past ten minutes. ' Ugh! seriously stop talking drivel and start talking business. '

I sighed "will any one of you tell me about the Yamamoto deal, James, come on you tell me what news do you have. Are they ready for the deal?"

James, a man no he was more rat than man , short, fat and bald he may look like a rat but inside he was a loyal wolf and he was the only one I could trust in this group of hungry ferocious vultures I called board members.

"Uh, you see Alex they are all ready for the deal but they are adamant about having only their name on the product." He said

"And that's a problem because?" I asked infuriated 'seriously, this is why we are not able to close the deal?'

Lucius Gordon spoke up "that is a problem Alex, we as a company need our name on that product, it's good publicity."

Oh how that man vexed me " look Lucius, we are an upcoming company and Yamamoto Inc. is a ten generation old multi billion corporation. Let the old Bastards have it their way, the money we get from this deal is more than enough to let us be the next great thing. By then we can have our name on whatever product we launch. Think for the future dear sir for there is  where our destiny lies."

I smiled bowing making a scene "we are getting too frustrated cooped up about this deal, with the money from the Valentine Servers we sell with Yamamoto we'll have enough to bring about our remaining projects on the large scale."

Lucius grunted standing up he walked away, thankfully the rest of them stayed

"besides" I said "we also get a big corporation backing us for any new projects we may uptake." I smiled

"So Alex do you have anyone on your mind as your successor,  as the next CEO?" James asked

This got everyone's attention "well" I started "I have been thinking of a few candidates."

"Who are they?" Juliet Fowl asked, I  looked into her blue eyes and laughed

"Now that my dear lady is the million dollar question!, and I will only reveal them after I cut down the number of candidates from ten to two."

Robert another one of my pain in the ass snorted "you better choose fast Alex you don't have that long to choose, God knows how long you'll be alive!"

"Wow! Way to kill the mood dude." I said with that everyone was quiet

I laughed "well he's right I don't have that long to live and before the media gets a whiff of my condition we'd better get a new CEO. But the thing is I want someone who can do a better thing than me and for that I need some time."

James sighed "we'll miss you when you're gone Alex; no one can replace you."

I smiled "Aww James are you going soft on me?"

"Shut it!" He growled

"Well If that's all, I say meeting adjourned. " I smiled standing up

A note from Abraham Livingstone