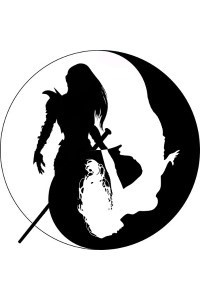 I was asked about reading my work on other sites. The answer is simple:

Currently, I am not active in any other networks than royalroadl.com. Only here, I correct mistakes and errors.

If you read it anywhere else and have to pay for it, or have to deal with an annoying amount of advertisement, You Are Being Betrayed. You would do good if you make other people in that network aware of it. This is a free project of mine for the purpose of having fun. And if people try to make money with it, you shouldn't bother visiting their website.

I turn the page of the newspaper in my hands and pretend that it has all of my attention. While that's not entirely true, Illum's new news-service is truly interesting. Their manager brought up the courage to ask Nova to be included in her political decisions. Sure, Nova doesn't give a shit about his opinion, but at least she decided to inform him about her immediate plans for Illum

This allows the news-service to inform the population a lot more accurately about what's going on.

My attention wanders away from the newspaper and lands on my sister. We are in my family's living room and she is still ignoring me. Well, at least she allowed me to enter their quarters. Nadine's whole concentration is on the spellbook in her hands.

The relationship to my family didn't deteriorate any further since the fiasco with Nova's pregnancy. Sadly, it also didn't get any better, which is also my fault. I largely avoided them and tried to drown myself in work. The only one I get to see on a regular basis is my father, and that's also only because we share a workplace.

My mother, Esmeralda, enters the room and stops when she notices me. “Zane, you didn't mention anything about a visit.”

Nadine answers before I have a chance to reply. “He is hiding from his 'other' half.”

“That's not true,” I reply. Damn it! How does she know that I am avoiding Nova?

Somehow Mom knows that I am lying. “Is there a problem I should be aware of? Like... more love affairs? If that's the case, I don't want to have any part in it. Nova isn't a person who should be treated lightly.”

“No,” I grumble. “I am just trying to avoid her for a few hours. She is very unreasonable at the moment,” I admit after a moment of consideration.

“She is just cranky because of the pregnancy. That's all,” I explain.

Nadine looks at me and snorts. “A man should try to comfort a pregnant woman. Especially when she carries 'his' child.”

“Why are you now on Nova's side? I thought that you hate her.” Besides, other pregnant women can't crush me with a thought when they get angry. I prefer to be alive.

Esmeralda shakes her head. “It has been a few months. Nova must have been feeling the side effects of her pregnancy for a long time. Yet, you only decided to avoid her now? Was there a special event which got her riled up? A problem?”

I let out a deep sigh. “Nova thought that her pregnancy was strange, so she got a healer to examine her. She wasn't too pleased with the result.”

My mother's expression turns anxious. “Is there a danger that she could lose the child?”

“What? No!” I shake my head, realizing how I must have sounded. “The healer said that we will get twins. A boy and a girl. Nova didn't plan for two children, so she wasn't too pleased about the turn of events.”

I look at the ceiling. “And, apparently, I am a convenient target to vent her frustrations.”

“Poor brother,” Nadine comments with a mocking voice. She looks at Mom. “See, I told you that he is hiding.”

Smiling, I decide to throw my little sister a curveball. “How are your studies going?”

Nadine blushes and grips the spellbook in her hands tighter. “They are going well.”

I glance at the title of the book and read aloud. “Intermediate Spell-Matrix Construction. Shouldn't that be something you already know?”

My sister turns as red as a tomato. “I am just refreshing my skills. Besides, I am perfectly fine with casting spells which require a much higher level of skill.”

Esmeralda rolls her eyes. “That's not the point of the subject. Everyone can take an existing spell and cast it as long as she is able to memorize it! You have to learn the theory behind it! Otherwise, you will never be able to understand what you are doing. You will be unable to create your own spells. That turns you into a fool who has to rely on the work of others.”

Nadine has the decency to look chagrined. “I know, but these books aren't explaining it properly. The writer just makes all these references towards other books.”

Just admit that you are too lazy to research the subject properly. “If you want to learn something, you should consult different sources.”

My mother shakes her head in frustration. “I will get you a tutor.”

Nadine gasps, clearly appalled. “What!? No! I don't need a tutor. I am perfectly fine on my own!”

“Who needs a tutor?”

I grip the newspaper tighter, recognizing Nova's voice. The wall next to me splits open as reality seems to redefine itself, turning the wall into a twisting mirror-like doorway. I have already seen the effect. Illum is a gigantic spacial chest which obeys Nova's wishes. She can rearrange space as she pleases.

Looking down a short corridor, I find Nova's office on the other side and shudder.

Nova herself strolls through the doorway, somehow managing to do it in an elegant way, despite her large belly. She turns around and waves her hand. “Come on, Mom. You have to be brave. It's just like walking into another room.”

Castella appears around the corner of the corridor. “But those aren't your quarters...”

“You are the one who said that you want to meet Zane's family. Here is your chance.” Nova crosses her arms in front of her chest and taps a foot onto the floor to make a point.

Her mother slowly meanders down the corridor and into our living room. She looks anxious but smiles when she notices my mother and my little sister. “H- Hi! I am Castella, Nova's mother.”

I quickly glance at my mother, fearing the worst reaction, but she simply eyes Castella while biting onto her lower lip. I know my mother well enough to tell that she is trying to judge Castella by her appearance. With a decision made, Esmeralda strolls forward to greet Nova’s mother. “Hi. I am Zane’s mother. Nova never mentioned that she has a mother.”

Esmeralda looks pointedly at Nova, then at me. “It has been months since we arrived in the White City. And nobody had the idea to introduce us?”

She clearly expected to be told things such as this. I avoid her eyes when she looks at me.

Castella forces herself to smile. “I am Castella, glad to meet you.”

“Why don’t we go into the kitchen to get acquainted with each other. We can use the chance to prepare something for the others.” Without waiting for a reply, she takes Castella by the hand and guides her out of the living room.

Nova follows them with her gaze until they leave the room, then she turns her attention towards my sister and me. Nadine is still watching the gateway with big, round eyes. When Nova’s attention settles on me, she opens her mouth.

She surely has a few harsh words regarding my sudden disappearance from her quarters.

Sensing that nothing good may come from the impending conversation, I blurt out, “My sister! I was trying to help her with her studies! She has problems with understanding advanced spell-matrix theory, but I am simply no good at teaching.” I point at my sister, hoping that the ruse works.

Nova raises an eyebrow and looks down at me, while my sister gasps and looks at me with an open mouth, not believing that I lied so blatantly right next to her. It goes against everything our mother taught us, violating the knight’s code of chivalry in every possible way.

My better half looks at the title of the book in Nadine's hands. She strolls over to my little sister and snatches the book out of her hands, tossing it into a corner. “That’s one of this world’s books! They are full of mistakes! Who brought this filth onto Illum!?”

“You have to relearn everything! Better to start now, before your basics are completely compromised by following the wrong procedures. It’s much harder to unlearn something than to learn correctly from the start.” Nova grabs Nadine’s upper arm, digging her fingernails into the cloth of my sister’s shirt.

Nadine yells and slaps at Nova, but the older woman ignores her and pulls her back through the gateway like an adult would do to a toddler. One moment later, Nadine’s screams are cut off when the gateway snaps shut.

My mother peeks into the room. “Did something happen?”

I shake my head. “Nothing! Nova took Nadine to her office. She will help her with her problem.”

“Oh, I see... At least one problem solved itself.” My mother returns back to the kitchen and I find myself alone inside the living room.

I stare at Nadine’s book, which is now lying lonely in the corner of the room. Feeling a little guilty, I don’t move for several long moments.

Then I remember Nova’s mood-swings.