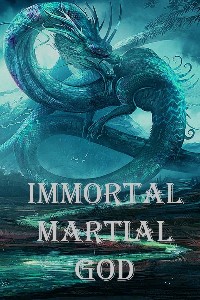 Sorry for being late and all. Hope you don't mind. Couldn't help much as I was preparing for entrance in college etc. Sorry again.

When these colorful dots light were passing through his body, he felt like he was able to inhale them inside his body. There was something in his body which longed for these lights. Although Chen Zheng didn’t know what these lights and the feeling were but it was unfathomable and comfortable. He tried to concentrate these light dots. He stretched his hands, relaxed his mind and then tried to bring all light dots together. But when the blue and red lights combined they disappeared and formed two white dots. And when red and green combined the green turned red. There were many different combinations and different results formed. After combination of two two dots, the resultant dots go away from each other so it was very difficult to concentrate the light dots. In the end he failed.

He was not dejected as he failed. He thought of reason behind it. May be I am unable to control control all dots of all of the colors .Should i focus on single coloured? As soon as this idea popped into his mind , he calmed his mind and tried again but this time not all lights but only yellow coloured. The reason for this choice was simple as mostof the lights were yellow and it will be easy to control thus.

After about 3 hours he almost managed to condense it into a ball of yellow light. His eyes were bloodshot, the sweat was overflowing from his body. The floor beneath was covered in all his sweat, but there was a smile of satisfaction on his face which contradicted to his body condition.

And the reason for this was this, that there was a yellow transparent ball in his front of about 1 meter diameter which was fluctuating like it could disappear at any moment. Although It wasn’t as condensed as he wanted it to he knew it was impossible for current him to condensed it into a fist sized ball. He would be able to condense it sooner or later as he now knew the trick to do it.

He started to think of dissolving it back into atmosphere but after four hours of intense meditation he was tired and mental energy was totally exhausted. Suddenly a heavy feeling filled his mind and he fell to the floor. Below the yellow ball.

With his lost of control over the yellow ball as he was unconscious, the ball fell on him. All of his body was starting to turn to soil starting from his skin slowly as more and more light was being absorbed in his body.

Now the bead started to revolve in anticlockwise direction that was opposite to just before. The energy absorbed was now emitting from this bead and was spreading into Chen Zheng's body. His body’s muscles marrow bone blood skin were absorbing this light but this time they didn’t cause his skin to become soil.

There was a difference between the beforehand light dots and current light dots. The new light dots were shining as they were tainted with gold and there amount was about 1/3rd of it present as compared to it originally was.

There was a transformation occurring inside Chen Zheng’s body. But he was unaware to all of this.

After two hours the yellow light dots inside his body were all absorbed. But he didn’t woke up. A smile of satisfaction appeared on his face as if he was watching a sweet dream and he continued his sleep.

Jian’er was standing outside the Chen Zheng’s room. She had been calling for Chen Zheng but he didn’t came to open the door this really made Jian’er angry. Brother Zheng called for me but didn’t even open the door. I will not talk to him tomorrow.

When they entered they saw Chen Zheng sleeping peacefully on the floor and were surprised. Seeing this, the girl lifted him and put him on the bed and covered him with blanket. When she saw him she felt touched and left. It was rare for her to see her young master sleeping peacefully.

Now the angry Jian’er, after looking at him, couldn’t remain angry and left the room after snorting.

Chen Zheng was unaware of it what happened and slept as this was a rare day when he could sleep peacefully.

Sleeping was a luxury for him as his parents had a lot if expectations for him for which he tried his best to meet their expectations and kept overexerting himself and now when he was slept, he felt peaceful and continued his sleep.

Thank you for waiting for me. I was very busy (super duper busy XD) So I  couldn't release the chapters that I ought to. I am a one man army Author,  Editor and all. +

Also I am an Engineering student (starting this year ). I would love if you support me either way by sharing my story, voting and following it or be my Patron on https://www.patreon.com/FutureBoy. ;

I wish to hire an editor as I get complaints about spelling errors most of the time and without an editor I can't help much about it. So I you to be my patreon and I could bring you my story in a proper way with best quality