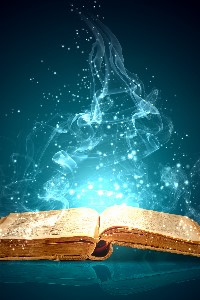 A world of wonders

Fiction Page Report Chapter
What kind of "short stories" do you want?

Longest time I haven't released yet?
Well, I have no excuse...
I have made many half finished, but no finished ones :/
I only have the school to blame (studying...) and some more... (procrastination)

But, without any further ado, please enjoy the chapter.

Wondering on the desolate streets of nothingness
Wondering of possible possibilities and treading through an unknown path.

His dearest friend standing up to him at his worst moments, fighting back for him and freeing him from the invisible shackles his classmates had placed on him. He was bullied, he considered himself weak and never stood up to do anything for himself...
And yet, when the time came, he proved to himself, that he was worthy of the help his friend had given him years ago. When the time came, and his friend too was in dire need of help, he didn't shy away but stayed by his side.

Yet, the passage of time is merciless... His friend passed away before him, and from the looks of it, he wasn't that far from it either. They had stayed friends till the end of their lives, though not being few the times they had gotten in fights for various of reasons, with the worst one being when he decided to become a master swordsman and join the army, directly fighting the enemy when it came.

He became a killer, a hero of his nation and a world renounced swordsman. From the beginning till the end he had worried his friend many times, his friend joking about how many times he almost had a heart failure cause of him.

At his last years now, he decided to tour the world, and everything he hadn't seen, everything he could see, he would. A year later here he was at his old school. At the end, he wasn't fit for that kind of life... So naturally, he decided that his final moments would be on a battlefield fighting the enemy till he died. He had joked about it with his friend, so what would hold him back when he has nothing to lose and some fun to gain?

With wars going on constantly as the big powers command for no apparent reason, he would partake as a special force on the battlefield a few days from now. And so, in a one-sided slaughter, he killed 756 elite soldiers of the current invading nation in a single day and lost his life fighting more than a hundred of them together. Despite dealing huge damage to the enemies, and despite his reckless actions, he had no care in the world; simply enough he was tired...

Finally, when the light faded from his eyes, along with all of his other senses, he was prepared for nothingness, the end of him, his thoughts... his life.

He waited for it, he was prepared for a drowsy feeling before losing everything... But that feeling didn't come. His thoughts, his consciousness hadn't disappeared.

It was still void of everything, but he still remained he. It wasn't anything like 'closing your eyes while not being able to feel your body' type of void, but more like you simply existed somewhere void of everything... A strange feeling to say the least.

All along, he seemed to get nowhere. He started wondering if this was the said 'afterlife', or anything for some time, before giving up. Wherever he was it didn't matter. What did matter however was that he would die of boredom if this continued...

Time seemed to pass slowly, if at all. And since he couldn't do much, he started wondering... about the way he lived his life, things he would change if he could, his greatest moments, as well as his worst. Soon after he got bored; He changed the subject to what he knew and loved the most... Swordsmanship.

He focused the most on how he could improve upon his stances, his power, speed of sword, dexterity... on everything actually. He tried a well-known method of training similar to shadow boxing, but because he almost never used this kind of training method, he was a bit wary. At first, he couldn't quite work on anything because of the sheer difference of having a body and not. He was clumsy and his image didn't last for long.

However talented he might have been, this kind of training couldn't be mastered easily and was bound to take a lot of time to reach the level he wanted it... But time was all he had of.

And time it took... If he was counting how long, he was sure it would be more than a year or two. But, the training technique wasn't the only thing that progressed in that amount of time. The comprehension of the techniques and stances he used progressed a bit too; He had been honing his skills on the battlefield or not for more than 70 years, and a few years of time of training now wouldn't make much of a difference, much less with his average results in the very same training technique.

Alas, the human lifespan was far too short to truly master the art of swords, and the more he trained, the more he would progress. This training was the only way for him to escape from the endless despair such a long time would have brought him and thus focused his all into that. After a few dozen of years, he had progressed to the point where he felt he could have easily killed those 100 elites that ganged up on him.

Years would pass and he would still be training like a mad God, and after God knows how many years, he had trained to a level where he knew he could have ended the war on his own if it was him fighting now.

He felt he had reached the peak, that there was nothing else for him to improve upon on. Yet, as he reached the peak, he begun forgetting all the techniques he had learnt, he had been practising. Instead however of his sword arts regressing, it was like they broke through an unseen limit.

And as he forgot his arts, he forgot himself. A dark light suddenly shone, and he opened his eyes, no longer in that void.

Everything being hazy at first, he calmly looked around him, finding himself incredibly weak in a run down hatchet... as a baby?!?