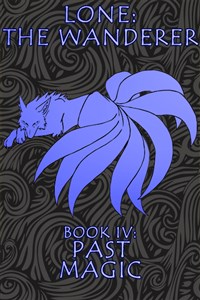 'I... I can keep going!' Sophie told herself while she wearily got back to her feet.

The pain she was experiencing right now from her many wounds was a new experience for her. Usually, due to her immortality, she felt very little pain since she would heal instantaneously. However, that wasn't possible now thanks to her immortality being sealed.

Sophie spat out a mouthful of blood before she prepared her short swords and swiftly lunged back at the Mummy. Despite all of Sophie's wounds, she continued to push herself as hard as she possibly could because she had full trust in the fact that Lone would save her if he needed to, and since he had yet to intervene, that made Sophie think that he deemed the situation to still be reversible. However, such was not the true reason as to him not intervening.

'W-Why can't I move?! I need to save Sophie! Even with Breena's help, Sophie is too injured to be of much use right now! Stop it, stop letting your body be destroyed!' Lone screamed internally. He was helplessly watching while Sophie continued to be beaten and smacked around by Sandy. Breena had just reached the Mummy and was in a similar position as Sophie. The pair were clearly no match for the boss.

'I NEED TO SAVE THEM! GETTING THEM TO FIGHT HIM BY THEMSELVES WAS A STUPID IDEA!' Lone screamed internally before he started to will his body to move. he was ordering every pore of his body to move, to inch closer to his companions. However, his body wouldn't move even a millimeter closer to the endangered girls.

'What the... ? CLICKER?!' Lone screamed in his mind upon seeing the blue screen. Lone was furious that this so-called God had not only prevented him from saving Sophie and Breena but he had even belittled his new unique skill which he was immensely proud of.

Lone ignored Clicker's questions and continued trying to break free from his bindings, but no matter how hard he tried, he wasn't budging even slightly. That was when Lone realised what Clicker had just said.

'I lit up all of the runes despite my strength... is Vihaan's system more powerful than Clicker's? Maybe, just maybe, I can do that?' Lone thought before he stopped struggling completely. It would seem that he had thought of the perfect solution to the current situation.

Lone smirked internally since his face couldn't move. Indeed, he was right. Clicker couldn't detect what he had just done.

"Breena! I need you to hold him off for roughly five seconds!" Sophie shouted before she instantly disappeared. She didn't even give Breena any time to react before she had teleported to Lone's side. Half of her mana was instantly consumed, but she immediately grabbed Lone's arm and teleported once more. However, this time, she had teleported right in front of Sandy who was currently in the middle of swinging his Sceptre to hit Breena again.

The golden encrusted tool was mere millimeters away from Lone's face before it came to an abrupt halt. Indeed, Sandy had been frozen by Lone's Lord of Possibility title. Mere seconds ago, Lone had used the power of his summoning room to telepathically tell Sophie to teleport him in the way of Sandy's attack and that he would explain why later.

Naturally, Lone had no way to defeat the Mummy due to Clicker's interference which forced his power to activate. Now Sandy was merely a frozen target for the next twelve hours.

"Breena! Finish him off. Lone and I can't attack him anymore, it's up to you," Sophie claimed. This was what Lone had just told her to say and it was also the truth. Due to Sophie being an accepted being, were she to attack the now immobilised Sandy, she too would become frozen for twelve hours.

Breena felt confused. How did Sophie disappear and reappear instantly with Lone? Why had the Mummy not finished its attack against Lone? Why was Sophie saying that she and Lone couldn't attack him? What on Altos was going on? The teenaged Foxkin was exhausted and heavily injured due to sustaining several attacks from the Mummy. Now she was also confused due to Sophie's actions and words so she just stood there without moving.

"It's okay. He won't hit you again, please, kill him for us, Breena, we need you," Sophie said with a weak smile. She was exceedingly low on both mana points and health points. It was honestly amazing that Sophie was managing to still remain standing considering her numerous wounds.

Breena was scared. However, she didn't know what was going on, but she knew that both Sophie and Lone were relying on her so she tried her best to embrace her fears and to make sure that they didn't control her, but that she was controlling them, just like what Lone had told her to do. Unfortunately for Breena, Lone had no such experience with fear.

Lone viewed fear as just another obstacle that could be defeated with enough brute force, so he had little to no advice for the poor Foxkin. However, whether thanks to her affinity for darkness, her natural talent or just dumb luck, whatever she was trying to do was working. Despite having never killed anything before and having only witnessed monsters being slaughter by both Daisuke and Lone, she was amazingly charging towards Sandy with a look of determination on her face.

She was only five or so meters away from him initially so it took her no less than two seconds to be upon the monster and her two daggers instantly pierced his cloth-wrapped flesh.

"I-I did it... M-Master... i did it... ha... haha... hahahahahaha!" Breena began screaming in joy, or perhaps insanity. She then immediately began rapidly stabbing the immobile monster in the chest. Even after fifty or so clean stabs, Sandy's health points had still to reach zero or so it would seem.

"You like getting stabbed, don't you? You're so cute! As a reward, I'll stab you with even more things!" Breena said to Sandy with a crazed grin. She then resumed her stabbing but not only was she cutting up the Mummy with her twin daggers, but even her three tails were rapidly piercing his body. A few short minutes later, Sandy was nothing more than a ragged hole-filled mess. Clearly, he was now dead. Breena, apparently exhausted and worn out from her previous wounds, slumped to the ground, still conscious, with a smile on her lips.

Lone could then immediately feel the previous binding he had been rendered almost useless with, being lifted from him. He Immediately dismissed the additional blue screen that had appeared to tend to his companions. Whatever it was telling him, could wait until Sophie and Breena were no longer in a critical condition.

The next two chapters are available to read for all $1 or more patrons!

Point out any grammar mistakes I missed, please. And any duplicate paragraphs, Grammarly copies them whenever I split paragraphs and I can't stop it, so point it out if I miss any of those.

I Am Malcolm Landgraab | Hello, You're Through To Hades, How Can I Help You Today? | Paradox