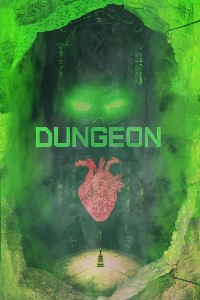 Chapter 1: The death of the Forge Emperor

There he lay, the fabled ‘Emperor of the Forge,’ waiting for death to finally take him. He snorted at the thought. To think that he used to take pride in such outlandish names before. The emperor of the forge, the sage of stone, the craftsman king, the lord of ores. How childish did that all seem now. For all the renown he had gathered from across the world, for all the fortune and fame he had obtained, death could not be avoided. Soon people would mourn, and then his name would become a memory, perhaps a legend, and then remain in the world as a myth.

Mak’rit sighed to himself as he stroked his long, braided white beard with his thick hands. He had regrets. One of them isolating himself from the rest of the world for the last seventy years. Now, at the ripe age of seven hundred and thirty-one years of age, there was no one left to see him off into the next world. He cursed himself for his arrogant desire to be left alone now. The old dwarf had no one at this point, and he knew he would die in his own lonely workshop, deep in the heart of the mountains where no one would find him.

He had managed to double the age of the average dwarf with the aid of magic and his own cultivation techniques, but now he felt death approach and not even the strongest magic could stop it now. His body, now thin compared to his powerful body he had in his prime, still retained enough strength to grip tightly his last regret. On a simple silver chain around his neck, a slightly fractured stone with a dull grin shine hanged. As always, it fit perfectly in the grip of his large fist, its smooth surface soothing him slightly.

It was the heart of an ancient dungeon. Unlike all other dungeon cores, this one he had been unable to work in his forge. It would not bend to the will of his hammer, nor assimilate even with the finest metals. It was the one thing beyond even his fabled skills.

He was starting to feel the cold slowly seep into his bones now, despite the thick fur blankets and the burning hearth near his bed, a cold sensation seemed to stealthily crawl into his flesh. He sighed, and shed a single tear that slid down his face towards his proud beard. With his hand still gripping the stone, he began to hum a slow sad tune. He infused all of his qi and magic into the sound that he created. He knew that death was at his side now, what point was there in conserving his power now?

His voice reverberated with a subtle power, the voice that was no more than a whisper carried itself for miles, reverberating through the entirety of his workshop, escaping it and reaching far into the distance. Hundreds of miles away people in villagers would say that they heard a beautiful haunting melody that whispered into their ears. They would say that the ancient voice of a mourning mountain god was heard that day. The haunting melody of an ancient being that after about an hour, finally faded away as if it was no more than a dream.

The moment that the soft hum of the song ended, Mak’rit Strongarm drew his last breath, and death consumed him.

Or that’s what should have happened.

The moment that Mak’rit drew his last breath and his soul began to leave his body, the dungeon heart around his neck began to glow. Unbeknownst to him, when he had released all his magic and qi and fused it with his voice, it had caused a reaction within the damaged dungeon core. The core, though damaged, it was not dead. It had been in a state of hibernation, resisting outside influences as it tried to regain some semblance of the strength it once held.

When Mak’rit had let his magic and qi flow from his body all at once, the dungeon heart had intuitively absorbed his unrestrained energy, absorbing it like a sponge. But the dungeon heart, despite absorbing the energy, it was still unstable. As the soul of the old dwarf left his body, the starved dungeon heart drew upon it instantly, thinking of it as nothing more as another form of nourishment.

As if defying the grip of death, the dungeon heart struggled to pull the soul of the dwarf into itself. Mak’rit himself was only a soul now, and could feel the two forces pulling at him. One force guiding him towards what he could feel was the vast space beyond, and the other into the now glowing stone in the fist of his dead body. On a whim, he threw the entire weight of his soul towards the dungeon heart, sensing a scape from death.

The struggle between the two forces lasted no more than a minute, but for Mak’rit it felt like an eternity as he slowly crawled towards the dungeon heart. It was like trying to swim through mud.

The instant his soul touched the stone, however, he felt himself be absorbed into it in an instant.

The next instant, he felt a force slam into him, stunning him for a moment, before whatever had slammed into him recoiled from the impact. Again the unknown, formless force slammed into him, and this time, Mak’rit roared and slammed back into it. His soul and the unknown force wrestled in empty space, exerting their own willpower onto each other in a perpetual struggle that seemed to expand for centuries and for an instant at the same time. Without a place to run to or to hide, the unknown entity finally began to succumb to the force of the dwarf’s soul. Inch by inch the unknown entity was pushed back, until it was surrounded by the dwarf’s soul.

Then, exhausted, both the dwarf and the other entity seemed to collapse into each other, though the winner had been clearly decided.

With his victory, a surge of exhaustion washed over him, and he felt the world start to dim as he began to fall into a slumber. Just before he collapsed into unconsciousness, a notification from the voice of the world flowed into his mind.

When I woke up I was in a place where nothing existed. I felt… odd. Like I had changed. Like I was not quite myself. I could feel nothing, see nothing, hear nothing. Even the concept of light and darkness seemed to not apply to this endless grey space.

A strange voice replied. It was oddly androgynous and neutral in every sense of the word. I couldn’t tell if the voice belonged to an old or young person, nor if it belonged to a man or woman.

Who are you? I asked.

Was? Then who are you now?

I frowned at this. This was not exactly helpful. I am clearly me, so how can it be me too?

Then where did I come from?

Where did you come from?

From bellow, where the roots of the mountains grow.

Finally, a less cryptic answer. Then, why am I here?

Your voice awakened me. I reached to your voice. I tried to consume it. And failed.

So I consumed you?

Yes. Soon, you will be all.

I started to understand. It had hoped to consume me, but it failed, and now I had started to consume it. Hence, it was not quite an individual anymore, but rather, it was becoming an extension of me that was slowly starting to lose its individuality. We were melding into one. I frowned at this knowledge. Something inside me resisted the idea of entirely consuming the entity. If I did consume it, I would be alone again, wouldn’t I?

Suddenly, a little notification rings into my mind.

… I am not entirely you?

That’s right. I nod with satisfaction.

I think about this for a moment, frowning. Well... I was supposed to consume this thing anyways, so I guess it’s fine if I selfishly give it a purpose, right?

You are Echo, because you are the echo of the old you. Your purpose is to live your life for me. I do not wish to be alone.

I nod with satisfaction. It feels satisfying to create Echo for some reason. This is how I brought about my first creation into existence.