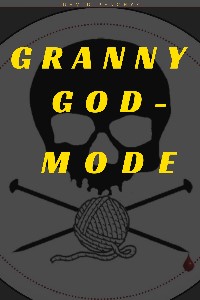 Clay, a longtime gamer and professional coder, is quietly living out her twilight years when she receives a mysterious plea for help. She's drawn into a cutting-edge VRMMORPG, where a figure from her past threatens a member of her family...

Inspired in part by a legendary tumblr exchange: 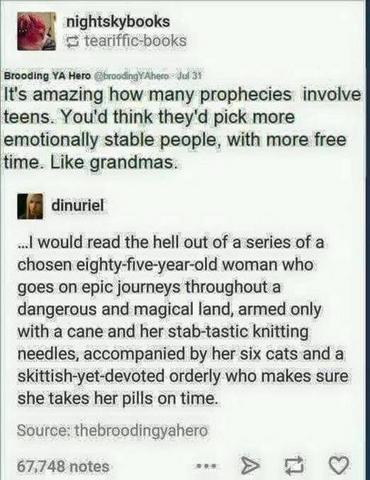 A Breath of fresh air in this site? probably (review until chapter 4)

What can I say about this story.

For starters, this isn't (at least for now, If I go with the tags on the story) a story where the MC just have a bunch of random skills and overpowering everyone.

We have the MC, an old woman that has some skill in eletronics, acting, infiltrating and, most important of all, Knitting. kidding aside, this character makes me think of another character that I like, Miss Marple from Agatha Christie, even though they are really different (maybe because the first chapters looks like a police investigation, and we have an old lady investigating).

I can't comment much of the story, since it only has 4 chapters, but from what I've read, It has an interesting premisse, and It was executed well... for now.

just some pointers: don't put a lot of "skill/item/class/status windows" on the story, they distract a lot from the story.

if you are going to put skills and other stuff, put stuff that makes sense. I've seen too many stories on this site that just put skills/items or other stuff and completely forgets about them or not even bother explaining why.

Try to minimize info dumping. this can be hard, but sometimes, it's better to let the readers imagine than just piling information that the reader will forget 2~3 chapters later.

You put a "Strong Lead" tag, and It's fine, I like a strong lead, but strong MC isn't a "i-can-do-everything-better-than-most-people-that-specialize-on-this-thing-because-reasons". It's fine she being strong on her specialized area, and her being weak in other areas. Companions can be used to give more flavor to the MC and to help cover her weakness.

For now, I have REALLY high hopes for this story.

and remeber to have fun writing!

Attack of the Granny

Finishing Chapters 1 though 9, the impression is that this could be really good or crash n' burn if the author runs out of inventiveness. The MC is decidedly non-standard, a retired grandmother that is so old that her retinas have to be augmented electronically. She also was a talented electronics tech back in the day, talents that she will evidently need to 'hack an VRMMORPG.

There is something distinctly rotten in this newest-generation VR run by an old business acquaintance, a scoundrel who has a noticable lack of morals. He also seems to have trapped one of her grandsons in some sort of 'wage slave' arrangement in VR. But beware -- Granny is no pushover...