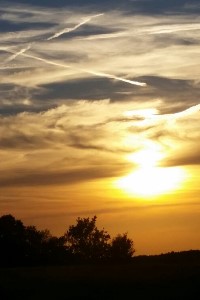 The Song of Sorrow (Finished)

The bloodstained Nightingale sings. Within the darkness her lament rings.

The shadows chase, with their resentful face.

Like lambs to the slaughter they fall, and all that remains is her mournful call.

A song that may end up piercing the heart.

Please note that I grade with 2.5 Stars being the average among stories, NOT 5 stars.
Overall: 4.5

Simple analysis:
The style of this story is interestingly uncommon.
In a short explanation: it is similar to Classical translated literature.
There isn't a grammar issue as much as sentence construction, several sentences that appear are uncommon in English or are an unusual variant of the phrase.

Grammar often isn't noticeable because we only really care about it when it IS a problem. The grammar usage in this story is better than a majority of the other RRL stories, and while it isn't anywhere near perfect, it's still very good.

Every character has a past.
Many modern stories have characters that actions as acting due to their social position, or the influence of their peers, this story is unusual because most actions are dictated by their past instead of how they "should" act it feels more like how they "would" act. Ultimately this creates many interactions which are somewhat uncommon currently, adding to the interest of the story.

A good story is hard to write, too slow and you lose interest, too fast, and it looks rushed.
While the style of this story would make one wish the chapters were longer and more plentiful, the story itself is really interesting and has a lot of potential for the future. While I severely hope this has a shorter run time than a story like Naruto, I have high hopes for the future of this story overall.

GOING DEEPER ANALYSIS:
Style: 4/5
at length, there are many parts to this style which make it interesting.
Lexile scoring is a concept that is being adopted by several American schools, it breaks down the "reading level" of a reader and matches it to the "complexity" of a literary work.
If someone were to smooth out the grammar mistakes of a hundred RRL works the majority would fall into an elementary or middle school rating as they're meant to be simple. This one would probably rank on a high school level.

This obviously implies that this style is incredibly hard to pull off, yet has potential and many deeper layers to it. With the consistency of the author in mind, it obviously deserves a higher score.
But that style is also one of the biggest pitfalls for this story, stories like these often need to be read all at once - people forget too many important events that occur, and it can take away from the meaning of the story if the gaps between releases are too long.
Also, the second large issue I have with this style is that web releases tend to lack the details and depth necessary to bring out the full potential of this style. I sincerely hope that in the future the author will take the time to write out this book in its entirety.

To note: Despite the issues with the style the author does a great job of at least keeping a consistently interesting and easily memorable plot so that even if facts are forgotten a reader can still return to the work.

Grammar: 4/5 stars
The grammar mistakes in this story are very subtle and rarely affect readability.
Although there are several errors hidden throughout the chapters most of them come down to misuse of commas and semi-colons.
There are of course other more noticeable errors that demonstrate a need for a PR or Editor if they wish to improve their work.
For example from the first chapter:
"She saw him [moving moving] his hand to a hidden gun on him[,] she also noticed the perspiration on his forehead."
Excluding some mild rewriting for flow, the sentence above should be "Moving his hand" and the comma there should be a semi-colon.
However, these mistakes rare occur and don't degrade the readability which is a refreshing change from many other works on Royal Road Legends.

Character: 5/5 stars
A commonly known fact is that one of the largest difficulties of writing is creating an interesting character. Describing someone as an ultra powerful and holy saint won't earn any respect from the readers, instead to create a character that readers can be interested in, and bond to, it is necessary to have the character be an "actor" or have actions.
In most stories, there is a heavy focus on the "actions of now."
To make an example: what is the character doing right now?
Beginning of the book: "Gasp, character is mercilessly slaughtering people!!"
Middle of the book: "Gasp, character questioned blatant slaughter?!"
End of the book: "Gasp! Character saved the world!!! that makes me so happy, what development!"
What is rare amongst literary works is to have any focus on the past of the character, especially in most modern literature in which the past of the character is often just an excuse to shoehorn in a hidden power. "MC was a super assassin!" results in random immunity to poison. it is incredibly refreshing to have a character who as a result of having been a super assassin has ACTUAL mental and psychological disorders.

Also to note, that many stories neglect the psychological and long-term effects of past trauma, it is refreshing to see a character who has their past traumas affecting the current story and having that continue for longer that just a few chapters.

Of course, there is absolutely no reason to rate all the characters 5/5 by the grace of a single character. Having Lucy by Nightingale's side is fascinating. Lucy may seem idiotic and naive, but she is a fairly honest representation of how most of the actual populace acts. (please don't naively call her shallow) It's interesting to think of how a cold-blooded killer's logic would change or affect people simply by being around them. (looking at you chapter 6)

One of the good things to see is that the author is also taking their time in introducing new long-term characters in order to favor developing the currently known characters. This gives the hope that each new member of the team will also receive their own backstories and be developed beyond a shallow side character making a diverse and interesting cast.

From personal experience and having read a significant amount of psyche, it's pretty obvious that the author knows full well just how bad situations in life get, their descriptions of Nightingale's reactions and trauma is highly believable, making the story also highly credible. Also to the story's benefit, there aren't many plotholes visible in the story despite it having a pseudo-fantasy layer to it.

a few points are docked in my mind due to the seemingly forced progression of the characters, but as more recent experiences in my life dictate... well mental illness is not on anybody's clock, so the actual effects are still quite reasonable.

There are also many subtle events that have already occurred in the story; each chapter has several references and actions which very well could impact the entire future of the story as a whole, not just the chapter. This means that people re-reading this story will be able to catch new and interesting things that completely change the meaning of certain scenes.

In conclusion~!
Potential is A+
this story may not look like much yet, but as more chapters come out, it will definitely be worth the time to read.

I'm not sure if its the character, style or simply the story. However, first chapter in and I already felt certain emotions that made feel stunned, this story simply moved me and made me want to read more.

The story itself is simply amazing since there are a lot of description allowing you to imagine the story in your mind and allows you empathize or at least imagine whats is currently happening inside the characters.

The story has a good flow and the style of the story matches with its overall theme, there are suspense and tension. While it can easily brings out the sadness and misery of the MC.

For grammar score its a 5 simply because there aren't any grammar mistake that I can spot while reading this story.

For character score I'll have to give it a 5 as well, I thought the character was brought into real life expressing and thinking about different emotions and thoughts. She is also trying to change her life making her emotion even more like a roller coaster.