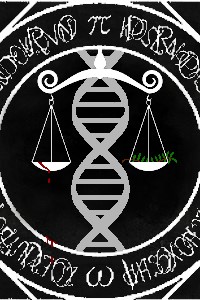 Fiction Page
Donate
Report Chapter
(READ CHAPTER BEFORE ANSWERING) Which 'Modifier' would YOU like to see Peter choose?

Remove Ads
Previous Chapter
Next Chapter
A note from Excalionar

Tables WILL NOT obey me. So they look strange. I'm trying to get Admins of RRL to look into my case.

Until they listen to me and help my tables will look a little odd, or off center. Sorry about that.

I won't stop asking the mods for help until they fix this. Tables are one of the things I most enjoy about this platform. I'm not giving up on them.

Peter was pleasantly surprised. There was a very user-friendly list of categories all laid out for him. Two sections were gray: Affinities and Magic. Magic wasn't available for pretty obvious reasons, and he guessed that Affinities weren't allowed because he wasn't level 50 yet. It made him wonder why it was there at all, since nobody using the Equilibrium Construct would have a level.

"Limit my search to only stats that can replace my dysfunctional ones please."

'Hey, voice commands actually work' should have been the first thing peter thought, but he was way too interested in what he had available from this list.

"Wow." was Peter's first reaction after reading through all of them. These stats were incredibly strong. It was breath-taking just knowing that some of these stats may have never been used before. He was still a bit bummed about the stats that required mana, though.

Peter had a pretty good idea of what he wanted, but he decided to wait until he saw the other items he had to choose from as well. He didn't want to preemptively buy a stat that could be covered by a skill, or vice versa. This process is too important for him to take lightly.

Peter decided that passive skills would be his next step, "Remove previous selection. Good. Now limit my search to only show skills that fit into the Physical and Passive categories."

Peter wasn't sure if he had to specify or not, but he didn't want to take any chance. He also didn't want to know what he was missing by seeing all those 'Requires [Mana] Stat' messages.

".... I get it now," Peter's hands were shaking, "I understand what B67 meant by saying the E.C. unlocks the potential in my soul."

Peter went through a revelation as he read through these passive skills. They all seemed to represent a small part of his time since the beginning of the karma test that the Gods put his soul through. Even the stats page from before reflected a lot of his experiences from the realms he's been in.

But the craziest thing was definitely the last passive. Perhaps it was even straight up scary. Peter had no idea the reaper was still inside of him after he killed it during the test. Even if he could know about it, the fact that it had enough control to actually alter the E.C.'s display was insane! There's no way he was buying that skill.

"Gonna have to pass on the last one, that's for sure."

Even though Peter was scared by it, he was still incredibly curious. It was the highest E.P. cost passive there, and it didn't even tell him what it did! What a tease.

As for the other skills: all of them made sense. They all tied into some form of his experiences in the past 73 or so days of his memory.

The two skills [Double Edged Sword], [Blood Energy], and [Patience] were really peculiar, though. Peter wondered why the first two cost so little E.P. at first, but realized it was probably because they were more of a handicap, and buying them would be a huge risk. Peter would have to take those two skills into consideration anyways, though. They looked like once they were high-leveled, they would make him a very strong fighter.

[Patience] seemed almost game breaking. As far as Peter knew right now, only leveling up gave extra unspent stat points. It was a huge risk being only 80% as powerful as you could be for the first while. Only once you reach level 20 would that skill begin to make you more powerful, but the implications were limitless later on.

[Soul Drain] was a dark reminder to Peter. He was no fool. He saw the 'blood' that was inside his soul during his training with B67. It was exactly like the Godlings that he absorbed during the test. Peter figured that the reason he still had lasting effects on his soul was because his soul was never taken by the Reaper. Normally whether you chose to fight the reaper, or kill the Godlings, in the end you would be killed by the reaper. Peter deduced that the reaper 'Purified' a soul before it was put back into the cycle of reincarnation.

The conclusion was that Peter really was unique, just as his Goddess Adrestia said. Nobody has ever come out of the test with the benefits of feeding on Godling souls before.

After some time Peter figured out which were his favorites, but still didn't choose any. He still stuck to his earlier decision of seeing what was available first. He then decided that the 'Quality of life' category looked pretty unique. He wondered what kind of bonus you could buy that only counted as a small convenience.

"Limit search to only show the 'Quality of Life' category please."

Peter laughed his head off, "Dear goodness, they really are reading into my soul! I've hated not knowing how long I've been in here, so they gave me a clock. My status page was all messed up, so they gave me a way to fix it. I was dreading how on earth I was gonna keep track of [Stamina], so they gave me a hud. I was frustrated with not being able to see or read the system windows during the darkness of the Karma Test, so they gave me the backlight. And now I've just learned everything about stats and have been worried about where I would get any other info I need. This E.C. is insanely good at what it does."

Peter finally composed himself, "And all together it'll only cost a thousand E.P.!!"

Peter bought all 5 of them. They all seemed very useful in the long term and Peter felt they were worth the purchase.

This extra bonus was a huge boost for Peter's morale. He had been really worried about his [Karma] ever since he found out it could be the reason he was a manaless soul.

"Now show only...." Peter thought for a moment, and looked over his options.

Peter looked down the categories list and noticed that there was a designated 'Modifier' category. Peter was really interested to know what the heck modifiers were, but decided to go to Actives first. He had all the time he needed after all. No reason to rush things. A small part of peter liked the anticipation anyways.

"Limit my search to only show skills that fit into the Physical, and Active categories. Please, and thank you."

Even with the active abilities, Peter could tell which experiences over the last while had caused them to appear.

Peter thought about the advantages each of these abilities brought to his future character. He knew that they might have drawbacks that get him killed. [Turtle Stance] seemed pretty useless, and made him vulnerable to more attacks.. meaning that 25% damage reduction was very useless. Then there was [Overcharge] which was outright dangerous. It was likely meant for fights that were impossible to avoid and you needed an extra boost to survive. Heck, it could even be used to run away quickly if you could get somewhere safe within 5 minutes.

After the usual careful consideration and a small walk around the room to stretch his legs, he went back to the main menu to look for the final category. It didn't look very normal. Peter had never even heard of modifiers from B67 before. Although when Peter thought about it, he didn't even know how to actively level up his skills once he had them. There were still a couple questions Peter wanted to ask before he left for the new world.

"Show only the Modifier category."

The biggest window Peter had seen yet opened up in front of him.

"Well well well," he said, "What have we here?" a large smile covering his face.

As he read, his smile turned into a frown. Something wasn't quite right. It said you could only have one modifier active at one time, and that it couldn't be changed. But the modifiers that he could afford were clearly still selectable. In every other case no matter what it was, the E.C. always let him know when he couldn't purchase something from a shop page. Something was clearly not right here.

"Avatar is one of the options as well, but it says that..." Peter located the part of the modifier description he was looking for, "Most of these modifiers are alpha models and have not been balanced enough for use," Peter scratched his head, "Well I suppose it does say 'Most' of them. Not all of them."

"I wonder.." Peter vocally wondered, and raised his finger to one of the 'Modifier' buy buttons, "what'll happen if I press one of them?"

See an error? You know what to do.

Special thanks to 'RedCapMagoo' for pointing out some errors!

Broke up with my Girlfriend of 1 and a half years last night. I was gonna get engaged to her less than a month ago..

Kinda bummed out and all I want to do is write a story that everyone enjoys. Sorry if my editing is a bit bad. Still no proofreader.

I get so much fun out of this website and its writers, I just want to give back a little.

... Also I'm a dirty 'Adblock' user, so I feel bad and want to give 'RoyalRoadl.com' some payback revenue. (Sorry please don't ban me)

This chapter is only about 5,000 words but it took AGES due to all the ideas for skills and crap I had to come up with.

Also ending my relationship took a bit of my time. I'm sure you'll forgive me.

Also, NO! your eyes are NOT playing tricks on you. I updated the fiction cover to better represent.. well the fiction! duh.

Here's the old one for reference. And YES I made these myself, and had a ton of fun making them :)) 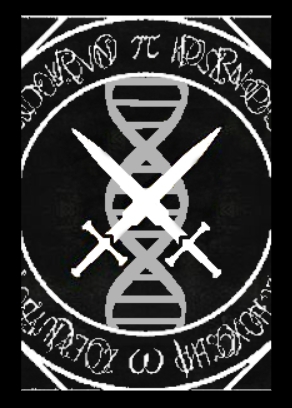