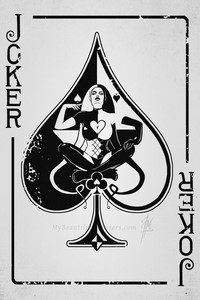 Dream Game: Fighting for my Desires

Remove Ads
Settings
Next Chapter
A note from Str1keFreedom00

I have edited the chapter on 01/24/21 to make the quality a little better. I will be going through and editing the following chapters to fix any issues and fuck ups that may be abound.

Edited 01/24/21 - Edited a few things and added/omitted some information.

The name is Kira Anderson, yeah I know most people would think it's a girl name. In Japan though, which is my great-great-great-great grandfather's homeland it is actually a name that can be used for both. Even though I have a Japanese inspired name, I am not even a quarter Japanese. The blood does run through my veins, but it has been so diluted by my ancestors intermingling with Americans so that I do not look like anything other than, American.

My dad is a typical rich douche who runs his own weapons company called Anderson Guns. I know, a really simple name huh? Well my dad is a really simple man, though I hate having to call him that, so for now we are just going to call him Jim. His full name is Jim Anderson and he inherited the family business from my uncle when he passed. The only reason he inherited it though is because I wasn’t old enough and my uncle didn’t have any other brothers.

The business has been in the family for over two centuries, granted it was a blacksmithing type of company before it started to manufacture guns around the early nineteen hundreds. Jim is scum; he only cares about himself and no one else. Not even his own flesh and blood is important to him. Sometimes I wonder why he didn’t make my mom get an abortion, but then I found out that he tried and she wouldn’t have anything to do with it. She had always wanted a child and when she found out she was pregnant, she was ecstatic.

Her attitude changed when I was born though. For some asinine reason she wanted to wait to see what gender I was even though she loathed the idea of having a son. It made absolutely no sense to me, but here we are. When she found out I was a boy, she freaked out. She ended up treating me like my dad, only taking care of me enough so I wouldn’t die. Even with the malnutrition I still ended up being six foot four, but I had hardly any muscle on my body. I looked like I had just climbed out of a tomb after a thousand years.

My frail body and shut in attitude earned me the negative attention of my classmates all through middle school and even into my freshman year. Due to summer break I don’t have to deal with them right now and I can live my life shut away at home. I am actually able to smile at home; I live with my ex-stepmom. I don’t even know how my dad managed to land such a beautiful woman and I’m just talking about her looks. When I was about six years old my mom couldn’t handle my dad constantly cheating on her and my existence anymore. I don’t know why she thought killing herself was her best option compared to a divorce, but we came home one night to her body laying in the living room floor with a gaping hole in the back of her head.

I didn’t shed a single tear for her at her funeral and that made everybody there, except my father, look at me in utter disgust. I couldn’t shed a tear for someone that despised me day in and day out. Even at six years old I was able to understand that I was treated differently by my parents. I would see all the other kids get dropped off by a smiling parent or parents, while I was always dropped off by a butler. The butler was even instructed to drop me off a mile from the school so as to not associate me with the Anderson Company’s name.

To my classmates I was just Kira Anderson, the skinny white boy with black hair and dark brown eyes. My eyes were such a dark brown that they almost looked black. Elementary school was fun and I enjoyed hanging with my classmates, but once I got to middle school everything changed. I suddenly found out that my dad and his new woman, my ex-stepmom Cindy, were getting divorced after a few years of marriage. I was old enough at the time that I was able to choose to live with Cindy over my dad. He was more than happy to get rid of me and quickly just gave me to her.

After that began my quiet nights at home with Cindy; she has treated me better in the few years I have known her than my parents ever did. She was a really beautiful woman; she stood at about five foot eight, had an hourglass shaped body, blonde hair, blue eyes, semi-plump butt, and her bust was probably about a DD in size by my estimation. She was a very attractive woman; she attracted the gaze of almost every man that we walked by in the grocery store. She had a very timid and shy personality and only really opened up around me.

If it wasn’t for her and video games I would have probably taken my life a long time ago. I still remember the day that I had worked up the courage to ask out the girl I have had a crush on since seventh grade. I was shot down cold by her; she actually laughed and told me that it was sweet, but she only liked manly looking men and my frail looking body didn’t suit her at all. She didn’t care about my personality or anything, just my looks. Women are sometimes cruel beasts that will rip your heart out at any moment and that moment is usually when you have fallen for them and you let them know.

I came home and was depressed all night long; I shut myself in my room and played video games for hours, I didn’t even eat. Cindy came into the room after knocking and talked to me for a few hours; after she left I was feeling a little better. Her talk had helped, even though she really didn’t say much she just listened to me vent about everything that was bothering me. After that night my life went on about the same as usual except for when my ex-crush started in on the bullying. I laid in bed one day talking to no one yet I felt like someone was listening; I was asking them why these things were happening to me and how I could make it stop.

I hated how I felt, I hated that anytime anyone would listen to any of my complaints they would just laugh at me and tell me to man up. Why should a man have to keep his emotions and the things that are bothering him to himself? It’s honestly fucked up. I probably sounded like a whiny little bitch to whoever or whatever was listening to me, but I didn’t care anymore at that point.

Fuck what they thought. I sat in utter quiet waiting for the possibility of anyone or anything's response, hoping that maybe some part of any earthly religion was true. There was no response, not even an odd noise. Fucking crickets off all things decided to actually keep quiet tonight, just my luck. I laughed at myself for believing that I should be allowed any semblance of help before I decided to give up and go to sleep.

Bio: I am 28 years old and I love my daughter, video games, anime, manga, cars, drifting (cars), and a lot of other things lol. I work as a security guard and write most of my stories at work. I am from Oklahoma in the good ol' U.S. of A.