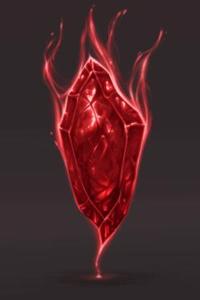 While going about his normal life, one day a giant ship appears towering over his town, and Drake dives into a new world created by the aliens who have taken a liking to the mythology and fantasy of earth's stories.

Faced with the reality of choosing a new race suited to this deadly world, he embarks on a journey to discover his new abilities and tries to make his way through his transformed world.

There maybe a lot of spoilers read at your own risk.

The story is cool. About a Human transforming into an Draconian and all. The things that made me quit this story (Chapter 6 part 1) is the fact that he has somethings else inside him that want to take him over. I tried to read whithout minding but that's too far. Transforming into a human again? Man this just made me rage like hell sorry if he retransform back into a dragonian after that but I wont read it. Just made me hate the story for nothing.

Grammar is good. Some words are missing or things like that.

Character is good too but meh. The mc is an all forgiving character while his servants are all psychos with basically the same personnality.

read till 4.4 then dropped because disapointment over how meek the damn MC is

Story: The world have great potential, the story is quite nice but horrible character development. till chapter 4.4 there are character changing event but the character remain static. The world gone to hell, the MC turn to non-human race for survival, change is done and that survival mindset is gone, the world is burning you gotta expect some self-persevation behavior, but noo, lets get some no-name newborn imp girl you just met after killing goblin as friend/equal without suspicion

character: some all-forgiving loser that would not survive dog eat dog world with servants with dog eat dog mentality(if all demon is evil-alligned then that imp girl is mental). unrelatable in every way, i cant relate or like the MC, he's just too weak, a side-character in rpg

Why is this story ranked so low?

Surprisingly nice. I would have thought this story would be higher in the rating, but found it on page 13 of the popular weekly. Interesting story. Chapters with adequate length. Interesting MC. Recommended to read.

This story is pretty great. It’s relatively easy to follow, there aren’t a lot of grammatical errors which is always a plus as well. The character and world building is great. Everything flows smoothly and it makes me excited to know what happens next.

The building of the characters is actually really good. The introduction is seamless, and the way things happen feels natural. The character isn’t too overpowered, but the way that he gets thrown from his powers kind of sucks sometimes.

The world building is amazing too.  At the point I’m at in the story, I can name lots of different things about the world. The city, forest, the town (who’s name I won’t say due to spoilers), and the village. Each different area was described well, and the action that happened in each area was smooth.

The way the story is written makes it easy to distinguish who is who, and who is talking to whom. There wasn’t a lot of character confusion for me, and the way that everyone interacts with each other makes me feel like I’m almost watching a TV show which is pretty nice.

Overall the story is a 10/10 would make a video game or tv show out of it.

Definitely worth a try

Overall: I read the ~80k words that have been posted (up to Chapter 6 Part 1) in one sitting, which is a good recommendation for a book. The main character has strong abilities that he adjusts to, and also evolves new ones, but there are still encounters that force him to grow beyond his current level. My impression of the story so far is that it's about the main character gathering companions and then getting stronger to defend them against others (monsters and changed humans).

Style: The author's writing style mostly stays out of the way (which is a good thing). There are a few phrases that feel a bit awkward ("a better time than any" is used rather than "as good a time as any"). The overall tone is optimistic, despite the potentially apocalyptic background concept. The main character sees the best in the people he meets, and the writing style doesn't feel as though that is going to hurt him.

Plot: There are good short term, mid term, and long term threads occurring. It's difficult to judge plot without a complete work, but it is holding together well so far.

Grammar: Some errors for this subcategory ('and' instead of 'an', 'bit' instead of 'bite'). An error every five thousand words or so, and they don't interfere with the intent of the sentences.

Characters: The characters are self-consistent and realistic enough that they didn't negatively impact my reading experience. With how close to the beginning of the story we are there hasn't been much character growth yet (emotionally/psychologically).

What is the story all about?

To survive? For revenge? To be the strongest?

The plot have no general direction. The MC have no explicit goal, the Author foreshadows nothing. The MC is drifting and taking things as they come.
The MC is a monster and treated as such. But acts like a Japanese isekai push-over and have misplaced kindness.

The premise is that an Alien brothers discovers Earth and decided to changed their species like those in the myths. With nary a source but literature and mana.

For me, this premise is stupid and have pretty low potential.
Nothing to see here.

Despite the story elements originating from different fantastical backgrounds, they blend seamlessly as fleshed out characters in an interesting world. I find myself invested in the fates of side characters and intrigued by the magical systems that are gradually being discovered. There are no sudden jumps from one event to the next without explanation, which is always a plus. We discover the main character's abilities alongside him (no random power ups just for the sake of it), and his companions are more than just tropes to be checked off a list. I'm excited to read the coming installments of this story.

I can see the appeal of the Naruto inner Evil Beast route to power, but with dragons. Naruto was a half-competent ninja, the MC here is only an incompetent whiny sad-sack. Author needs to re-think underlying issues of "in general, would someone want to read this" and "is the MC relatable to my target audience." There IS an "MC is an incompetent whiny sad-sack" audience out there. Once upon a time, I myself was in that demographic. They generally don't visit this site. I highly suggest a rewrite, the author is a GOOD writer. A lot of material contained within the story is pretty good stuff and uniquely portrayed. Give the MC some kind of underlying skill base, so he's less hollow. A personal goal, other than surviving. Often, on this site, it's getting better gear, or just a specific piece. Like getting the best weapon, or boots. I'm a boot man myself. Someone once asked me if I had a bug-bag. I said I had a comfortable pair of full grain leather steel-toed boots with a ten inch back, and a good shovel. Honestly, what else could I possibly need?

Honestly a struggle to read

I abandoned this story fairly quickly - chapter 2 part 5. Up till that point the primary focus has been on the MC post-transformation into a draconian creature.

The MC is simply completely unlikeable. The initial characteer we are introduced to is subsumed behind the transformed version which behaves inconsistently, illogically, and unrelateably. The MC does not read like a monster with a human mindset, they read like a monster and are simply completely unrelateable and indeed incredibly dislikeable. For me personally, it is genuinely aggravating to try to read, with only halfhearted attemts at human reasoning if any is made at all. The writer would have been better off starting with a monsterous character.

As an example of some of the things I am talking about, the MC does the following;

Attacks the first people (other than police) he meets post transformation without making any attempt to communicate in any way.

Without hesitation kills and eats other creatures who were once human, never considering that they may be in a similar situation to himself and have their minds intact.

Posesses emotional reactions which revel in his own savagery and destruction, with no trace of human empathy or concern.

It smacks of poorly justified poor characterisation to me, but mostly the MC is too unrelateable and aggravating to read.